I’ve always been that guy with less site veiws and no comments, except for people in my class being graded for their comments. Until Mr. C came along. I got a comment from a guy on one of my lacrosse posts one day, and he was telling me how he knows about lacrosse. After I had replied to his comment it made me realize that this is a really cool guy. More and more comments went along and he started sending me videos of Albany the team his brother coaches.

I will never underestimate how kind people can be and the courtesy of others.

Oh those childhood memories
Gotta’ remember these,
In my adolescence
I just needed the presence,
Of that one special stuffed animal
How it made me feel and forget it all
Was better than any old ball

I will never forget
How mad I would get
And I was calmed by its feel
What would I do without that seal,
Every night
I would hold it tight
And hope that I will never forget
What that stuffed animal did
For me and all that I needed 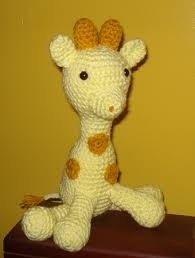 LACROSSE
Running down the field out of breath
Just like a deer escaping death
Trying to scoop the ball when its on the ground
With 18 other players running around
A hoot, holler, a whistle, and you are bound
To the penalty box as another player hits the ground
The referee called it a push and that’s not true
Why is he here if he doesn’t know what to do?
Get into the box we’re man down
The middies ran in and soon they found
They weren’t fast enough it was already a 4 on 3
But if you were defense that’s the one to be
We had it in control there was no problem
Miles laid a check and the player hit the deck
And the ball was back in Brookline’s control
While the other team was running back to their goal
We had scored and won the game
We took all the honor and all of the fame
A message to all of the other teams we are no friend but are a foe
But we will tell you a message just so you know
That when you play Brookline you will pay the toll when Brookline and you come toe to toe

Games on iPads are the best waste of time I’ve ever had, and here are my favorite ones:

Super Stickman Golf 2: This game is my favorite game right now. While there is a single player campaign of mini golf, you can also play with your friends in race mode and turn based. Once you play this game you will not be able to put it down ever again.

Asphalt 8: This real life racing game puts you in the drivers seat. You save up for cars that you can only dream of having in the real world. There is a campaign, but the real fun is racing your friends and beating them. Bragging rights is the only real prize.

Wrestle Jump: You have to play on one iPad or iPhone but that makes it more intense. You and you friend battle it out by—well—jumping, the first person to hit their head on the wall losses. I have had many crazy moments with my friends and I hope you do too.

If you want to find good that comes from America and also find fun stores around you? Of course if you don’t live in America.
Burger Tex is the way to go. Burger Tex is the best Austin burger and it’s family friendly, perfect placed, and the food is great.

The venue is in the perfect position, it has a candy, and frozen yogurt place right down the street, that kids will love. Next door is Buffalo Exchange which is a clothing store with all kinds of wacky stuff that is a kid can find a special place in their closet. Almost all of the venues in a 1 mile radius are kid friendly and perfect for the family,

The food, oh my gosh the food. Once you get a taste of the double batter dipped fries you will order 3 more orders. When it’s in your mouth it sends you into a whirlpool of flavor that is incomparable to any other. When you’re almost full from the fries you get to the burger, the most 1/4 pound you will ever see. The bun— perfectly buttered, the patty — perfectly juicy, the lettuce— perfectly watery. It’s the taste that makes you look like an exited monkey, but as people stare you take another bite, and care even less about people’s opinion.

Burger Tex is my favorite burger in Austin, and I would personally recommend it personally to anyone including you.

As you creep down the rickety old stairs, you can feel the presence of another person. As you smell the what seems like rotten fish you feel stairs at your feet. You step down one, another, and one more before you see it, him, The Phantom. He is sitting at a petite table with peeled grapes, caviar and crackers eating. As you approach it all disappears and all you see is an old, rusty, beat up organ and a chair.

“Many people visit me.” Said a voice from the darkness. “But few have gotten this far.” He approached the organ and pushed me off.

“Wait—wha—how.” Saying in disbelief I slowly fell into a deep, deep sleep to the music of the night. 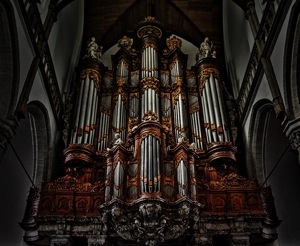 It’s got to be a good game. But Super Bowl 48 was not of this type. I know this because it must be a bad game starting the first play off with a safety and a few possessions later a pick six. Super Bowl 48 was just dull.

To show how boring listen to this: I watched the first 5 MINUTES and then I went out side and played football with my friends and I bet we played better than the Broncos. Furthermore the Super Bowl was even more boring was because myself a boy liked the commercials more than the game for the first time in my life.

The amount of boredom in how bad the Broncos was too high. I’ve seen games where the refs throw bogus flags just to make the game interesting, not in this game there were about 2 flags the whole game for false start and holding ( boring ). In Austin some Broncos fans went to sleep at halftime and had to cry them self to sleep.the boredom was in the refs eyes being blind.

All in all the Super Bowl was the most boring football game I’ve ever watched. But for Seahawks fans that’s a different story. 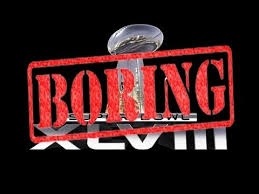 When my parents told me— I couldn’t speak, the blanket of saddness hit me–hard and I knew that this would be quite some news to my friends. I went to my room that day and just sat, I didnt cry or anything just sat and tried to accept what was going to happen in the next few weeks.

In 2008 I had to move from Lubbock TX to Austin TX and boy was sad. I had to move before we lived in Lubbock, but this was different like you keep switching milk but one day you go soy, this was differnt from the many moves I had done before, I had a best friend something I had never had before, and I was just finishing my major brain development and I could understand things a lot more in Lubbock at school.

I had already lived in Austin before and I loved it but I was so small and young
that I don’t recall my best friend in Austin. But in Lubbock my best friend was Blake Carter he got a phone in second grade he was blonde he already had braces, his house had an upper loft just for his room he was also obsessed with Ben10 he went to Colorado with us and after we moved away he moved to Shreveport TX. So I guess that you could say that I remember a lot about him.

It was a overcast summer day when we had to move and it started, I was remembering all of the fun things I did in Lubbock like: learning how to ride a bike, having 5 friends that live on my street, loosing my first tooth, and my first day of elementary school. But the last thing I saw was Blake’s sad, gloomy, teary face, his face turned to jello, then I lost sight.

But then we moved. A long 7 hour drive. When we got here I saw that I knew a lot of people from before we moved from Austin I just didn’t remember them. In Austin I made new friends and I would of never found my true love for lacrosse. So in conclusion moving back to Austin was a great thing even though I thought it would be a mistake. My mistake was Thinking that it would be a huge mistake, and it was only going to be good in Lubbock but I was wrong and I love Austin more and more every day.

I have been stuck in this maze of lurking branches for what seems like a year but it was only 2 days. Hungry and hurt my hands were cut and bruised from the plants and rocks I have had to move with my bare hands.
Then completely by surprise — I saw its shadow.
A monstrous Raptor stumbles out of the brush. He looks right then to me at the left, we exchanged looks At that moment I got thirsty, sweaty and about to deposit some bile to the Earth, but I knew that I had to run—fast —long—hard so I did.
Running wobbly and scared I knew that this wasn’t going to end well….

The last thing I saw was them putting it in a cage then I went black. 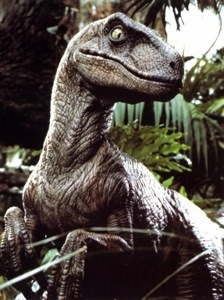 The smell of fall in the air

My feet in the frigid loose grass

Many yells from the stands cheer me on

The way the goalie stared me down

All of this happened in five seconds

Just for one millisecond of glory 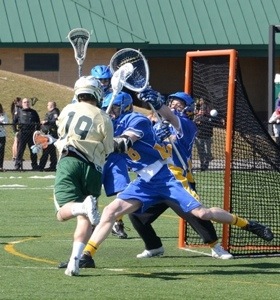